NATURAL BUSINESS YEAR is a fiscal year based on the cycle of the given business rather than a calendar year. The year ends with inventories and activities at a low level, e.g., after winter shipments for a ski manufacturer.

NATURAL CLASSIFICATION of costs focuses on the nature of the cost item. In this classification structure, the total operating costs of an activity can be classified into manufacturing costs and commercial costs. Manufacturing costs include all direct materials and direct labor, as well as, factory overhead. Such factory overhead costs include indirect materials (such as factory supplies & lubricants), indirect labor (such as supervision and inspection) and other indirect costs (such as rent, insurance, and utilities). Commercial expenses include marketing expenses (such as advertising, printing, and sales salaries) and administrative (general and administrative (G&A)) expenses (such as administrative office salaries, rent, and legal expenses).

NCD is Negotiable Certificate of Deposit.

NEAR-CASH ASSETS are non-cash assets that can be readily exchanged for cash within a relatively short period (e.g., short-term CD's and money market funds).

NEBT is Net Earning Before Taxes.

NEGATIVE CONTRIBUTOR is any item, activity, or cost that offsets attainment of positive results, e.g., a rise in unemployment and its effect upon the economy.

NEGATIVE PLEDGE CLAUSE is a covenant or promise in an indenture agreement that states the corporation will not pledge any of its assets if doing so would result in less security to the debt holders covered under the indenture agreement. Also called covenant of equal coverage.

NEGOTIABLE INSTRUMENT is an unconditional order or promise to pay an amount of money; it is easily transferable from one person to another, e.g. a check, promissory note, bearer bond, and draft (bill of exchange).

NET, in general, is the figure remaining after all relevant deductions have been made from the starting, or gross, amount.

NET ACCOUNTS RECEIVABLE is equal to total accounts receivable, minusan estimate for amounts the company believes it will never collect.

NET ASSETS is the difference between total assets and current liabilities including noncapitalized long-term liabilities.

NET ASSETS BASIS is a simple division of net asset attributable to the class of shareholders with the number of shares, i.e. the per share value of net assets.

NET ASSET VALUE (NAV) in securities, except money market funds which always have a NAV of $1.00, represents the market value or price of one fund share. It is calculated by the total value of the fund's portfolio less liabilities divided by the number of shares; or, in corporate valuations, it is a measure of the shareholders’ aggregate wealth in the company, which is defined as the actual or hypothetical market value of the company’s assets less its liabilities.

NET BOOK VALUE is the current book value of an asset or liability; i.e., its original book value net of any accounting adjustments such as depreciation.

NET CHANGE IN CASH is calculated by adding cash from operating, investing, and financing activities and foreign exchange effects from the Statement of Cash Flows.

NET CONTRIBUTION is the amount remaining after all relevant deductions have been made to the gross amount, e.g., Net Contribution to Margin.

NET INCOME is the difference between a businesses total revenue and its total expenses. This caption and amount is usually found at the bottom of a company's Profit and Loss statement. Same as Net Profit.

NET OF TAXES means the effect of applicable taxes (usually income taxes) has been considered in determining the overall effect of an item on the financial statements. The phrase is used when a company has items that must be disclosed in a separate section. Each such item should be reported net of the applicable taxes.

NET OPERATING LOSS (NOL) is experienced by a business when business deductions exceed business income for the fiscal year. For income tax purposes, a net operating loss can be used to offset income in a prior year, or a taxpayer can elect to forego the carry back and carry the net operating loss forward.

NET PRESENT VALUE (NPV) is a method used in evaluating investments, whereby the net present value of all cash outflows (such as the cost of the investment) and cash inflows (returns) is calculated using a given discount rate, usually REQUIRED RATE OF RETURN. An investment is acceptable if the NPV is positive. In capital budgeting, the discount rate used is called the HURDLE RATE and is usually equal to the INCREMENTAL COST OF CAPITAL.

NET PROFIT MARGIN (NPM After Tax) measures profitability as a percentage of revenues after consideration of all revenue and expense, including interest expenses, non-operating items, and income taxes. For a business to be viable in the long term profits must be generated; making the net profit margin ratio one of the key performance indicators for any business. It is important to analyze the ratio over time. A variation in the ratio from year-to-year may be due to abnormal conditions or expenses which need to be addressed. A decline in the ratio over time may indicate a margin squeeze suggesting that productivity improvements may need to be initiated. In some cases, the costs of such improvements may lead to a further drop in the ratio or even losses before increased profitability is achieved.

NET PROFIT MARGIN (NPM Pre-Tax) incorporates all of the expenses associated with ordinary business (excluding taxes) thus is a measure of the overall operating efficiency of the firm prior to any tax considerations which may mask performance. For a business to be viable in the long term profits must be generated; making the net profit margin ratio one of the key performance indicators for any business. It is important to analyze the ratio over time. A variation in the ratio from year-to-year may be due to abnormal conditions or expenses which need to be addressed. A decline in the ratio over time may indicate a margin squeeze suggesting that productivity improvements may need to be initiated. In some cases, the costs of such improvements may lead to a further drop in the ratio or even losses before increased profitability is achieved.

NET PURCHASES are those items purchased less returns, discounts and allowances on those purchases.

NET RECEIVABLES are a company's accounts receivable (money owed to the company) minus any provisions for bad debts.

NET SALES TO GROSS SALES shows the percent of all transactions that may be considered as "good" net transactions. Differences may arise from returns, bad product, or other sales concessions.

NET WORTH is the difference between Total Liabilities and Total Assets. Minority interest is included here.

NEUTRALITY, in an economic model, is where money is said to be neutral in the model if changes in the level of nominal money have no effect on the real equilibrium.

NEXUS, dependent upon usage, is a. the means of connection between things linked in series; or, b. a connected series or group; or, c. is the sufficient presence within the jurisdiction of a taxing authority. The taxable income of a multistate corporation may be apportioned to a specific state only if the corporation has a sufficient nexus in the state. The nexus for state sales tax requires a physical presence in the state, whereas the nexus for state income tax purposes requires more than just solicitations of sales.

NOMINAL ACCOUNTS are those accounts that are closed out each period: revenue accounts, expense accounts, and dividend or withdrawals accounts.

NOMINAL DOLLARS are dollars that have not been adjusted for inflation.

NOMINAL VALUE is the par, or face, value of something e.g. a share issue.

NON-CASH EXPENSE is that expense which is recognized within the financial statements without actual cash being disbursed (e.g., depreciation, amortization, and write-offs).

NON-DISCRETIONARY means it is mandatory, not up to the individual or company.

NON-DISCRETIONARY ACCRUAL is a mandatory expense/asset that is recorded within the accounting system that has yet to be realized. An example of this would be payroll taxes.

NON-EQUITY SHARE is a share in an entity that a. evidences indebtedness of the entity to the holder of the share, and b. does not represent an equity interest in the entity.

NON-EXPENDABLE PROPERTY is durable (e.g., equipment and furniture), lasting for a year or longer, and generally has a high dollar value. Non-expendable property must be accounted for throughout its useful life.

NON-EXPENSE CASH DISBURSEMENT is spending not shown on the income statement, i.e., the expenditure of cash on something that does not appear on the profit-and-loss statement, for example, spending on a fixed asset or discharging part or the entire principal in a debt.

NON-PERFORMING ASSET is an asset not effectual in the production of income. For example, in banking, commercial loans 90 days past due and consumer loans 180 days past due are classified as non-performing.

NONPROFIT ORGANIZATION is one that has committed legally not to distribute any net earnings (profits) to individuals with control over it such as members, officers, directors, or trustees. It may pay them for services rendered and goods provided. Also known as NOT-FOR-PROFIT ORGANIZATION.

NONRECURRING is an income statement item that is infrequent in occurrence or unusual in nature.

NO-PAR VALUE CAPITAL STOCK are shares designated in the charter that do not have a par or assigned value printed on the issued stock certificate.

NOPAT (NET OPERATING PROFIT AFTER TAX) is a company's potential cash earnings if its capitalization was unleveraged. NOPAT is commonly used in EVA calculations.

NORMALIZED EARNINGS is earnings that have been adjusted in order to take into account the effect of cycles in the economy.

NORMAL PROFIT is the opportunity cost of using entrepreneurial abilities in the production of a good, or the profit that could have been received by entrepreneurship in another business venture. Like the opportunity costs of other resources, normal profit is deducted from revenue to determine economic profit. It is, however, never included as an accounting cost when accounting profit is computed.

NORMATIVE ACCOUNTING THEORY is where theorists tend to advocate their opinions on accounting based upon subjective opinion, deductive logic, and inductive methods. In the final analysis, nearly all standards are based upon normative theory. Generally conclude that some accounting rule is better or worse than its alternatives. Normative theorists tend to rely heavily upon anecdotal evidence (e.g., examples of fraud) that generally fails to meet tests of academic rigor. For example, the Wizard reported that Montgomery Ward would fail. However, the Wizard always reports that every company will fail or lose its self identity in a pattern of acquisitions and mergers. Eventually, he will always be correct.

NOSTRO ACCOUNT is an account held by a bank in a foreign country in the currency of that country e.g., a German bank with an account in New York will call the record in its own books of its New York account a nostro account.

NOTARIAL is relating to or done by a notary public.

NOTARY PUBLIC is a certifier of legal documents, i.e., somebody who is legally authorized to certify the authenticity of signatures and documents. Also called notary.

NOTES PAYABLE-SHORT TERM are all short term note obligations, including bank and commercial paper. Does not include trade notes payable.

NPV is an acronym for Net Present Value.

NRGT (Non-Resettable Grand Total) is a concept used in retail point of sale (POS) terminals that does not allow the Grand Total to be reset, but does allow adjustments to be entered, e.g., errors, overwring, etc. Improved security and control is provided for independent retail and chain operations with a Non-Resettable Grand Total (NRGT). Updated by all sales, this valuable audit figure may be selected by programmability to print on the Daily Business Report. 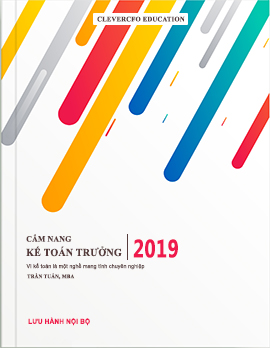 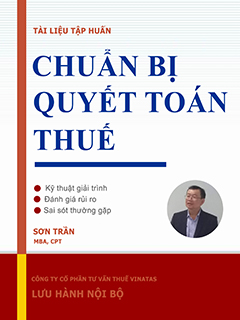